A quick preview of iOS 14 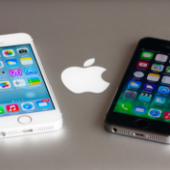 If you’re an Apple mobile device user (or are planning to become one), you’ll want to know the goodies you’ll get from the next iterations of iOS 14 and other Apple operating systems. Here are some of the more tantalizing ones.

Apple is developing new features for some of its prominent apps, and these tweaks may just make the cut come September.

This will let users pair their iPhone and/or Apple Watch with their NFC-enabled vehicles. They can then lock, unlock, and start their ride with their Apple device instead of the car’s physical key. The electronic keys will be kept in the Wallet app, and “duplicates” can be shared with friends and family via the Messages app. Based on the leaked screenshots and code of the feature in development, BMW might be the first brand that CarKey works with.

Codenamed “Clips,” this feature will let users interact with certain content in third-party apps without having to download those apps. By scanning a QR code that’s linked to an app, the user opens a floating card that contains the interactive content. The card gives users the option to download the app, or open the app if it’s already installed.

This new app, which is expected to be named “Fit” or “Fitness” once released, will allow users to download from a wide library of fitness videos and receive help for completing workout activities. Activities include core exercises, strength training, stretching, yoga, dance, and running, among others.

This standalone app will coexist with the Activity app and will be available on iOS 14, tvOS 14, and watchOS 7. This means that you can sync your fitness routines across many Apple devices — i.e., you can watch workout videos on your iPhone, iPad, or Apple TV, and track your progress on your Apple Watch.

As of this writing, it appears that Apple won’t charge users anything for workout routines, though whether the app and its functionalities would end up on the final versions of the OSs remains to be seen this September.

This app would grant users access to information and experiences by triggering QR code tags or iBeacon transmitters (i.e., IoT devices that activate apps in nearby mobile devices) that are placed in specific spots or items in a certain location. For instance, if a user is in an Apple Store, they can check the QR code tag of a particular device to receive information about that device.

New tech is amazing! To take advantage of the latest that IT has to offer, schedule a consultation with our experts today.

Published with permission from TechAdvisory.org. Source.
Facebook
Twitter
LinkedIn
PrevPreviousVoIP and VoLTE: How they differ from each other
NextNew Android malware detected!Next